On Ghost Giant I worked as a Creative Director and Art Director. I worked closely with writer Sara B. Elfgren. with Narrative Design, story and casting.

"Zvonar is a magical sidescroller adventure based on Slavic mythology and legend. All of the demons of the forest have fallen into a deep slumber, and it's up to the little forest spirit to wake them... with huge bells! But be careful, for there is a dragging, loathsome anger lurking about that just wants everyone to shut up and let it return to its slumber..."

I worked with 10 other people on this project, during 9 weeks half-time. My responsibilities included: Concept art, story and dialogue, voice acting, animation, modelling/texturing characters and environments. 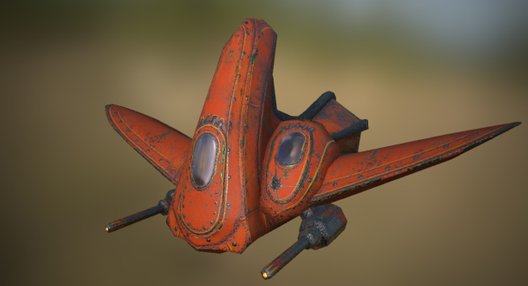 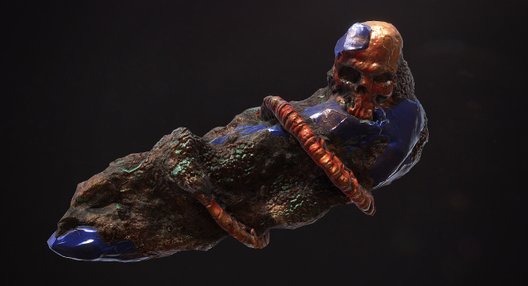 "In the story driven Space Shooter, Hateful Space, you're a bounty hunter. Your target is the dangerous war criminal, Doctor Janus Jadar, who's hiding within the territory of the violent alien species know as the Hateful. Together with your trusty droid co-pilot, F1x, you must hunt your target, defend yourself against Hateful raiders and uncover the dark secrets of this shunned part of the galaxy. "

I worked with 9 other people on this project, during 10 weeks half-time. Among other things, I was responsible for the UI art and particle effects, did concept art for, modelled and textured an enemy ship, wrote the story and dialogue, voice acted the good guys (plus some of the bad) and created props.

"A Composer taps into his subconscious mind in an attempt to get over his creative block, and himself."

I worked with 9 other people on this project, during 10 weeks half-time on the GUI, weapon, combat and character concept art, modelling and texturing characters and the music box-shotgun. I also worked on the story, dialogue, voice acting and sound design.

"In the point 'n' click adventure, Hunk of Junk, the Captain of The Princess is forced to crash-land on a foreign junk planet together with her trusty mechanic, F1x. As F1x works on repairing the ship, the Captain boldly goes to find parts for a new power core, encountering a bunch of interesting characters along the way."

"The humans are almost extinct and you've been in hiding until today, when a rogue vampire reaches out and offers you help. What does a vampire have to gain from helping a human? Why are some of them wearing pumpkins and throwing them at you? Why is there a horse neighing at the end of this trailer? We're not sure if you'll find out in... STRIGOI!"

I worked with 9 other people on this game during 10 weeks half-time. My main contributions to this project were: Concept art for the main character, writing the story and dialogue, voice acting all of the characters, modelling, texturing and animating the main character and creating props and particle effects.

The Dweller - Shoot 'em Up

"A talking blade and his Wizard venture down an eerie dungeon, searching for the truth behind the Wizard's vision that led them both there. Use your magic to mangle foes from a distance, satisfy your sentient blade's hunger with hoards of crunchy worms and shield yourself from the hideous clutches of an ancient evil known only as the Dweller."

I worked with 9 other people on this project, during 8 weeks half-time. My responsibilities included: Animation, concept art, story and dialogue, voice acting, modelling/texturing characters and sound design.

"The Intergalactic War  is over. Orumcek IV has been your home since you were a child. During the war, a crucial battle between the Grand Empire and the Resistance raged above the planet, turning it into a starship boneyard, a place of metal and technological riches. It is a brief, golden age for scavengers such as yourself, to take your place in the galaxies and reap what the warmongers have sown."

I worked with 9 other people on this project, during 8 weeks half-time. My main responsibilities were: Animation, concept art, UI art, mockups, story and dialogue, voice acting, modelling characters and sound design.

"A knight must pass the trials of the Valley of Blades to earn her blade and title, opposing the sinister Cult of Crows along the way."

I worked with 9 other people on this project, during 8 weeks half-time. My responsibilities included: Concept art, painting environment and characters, and writing the story and dialogue. 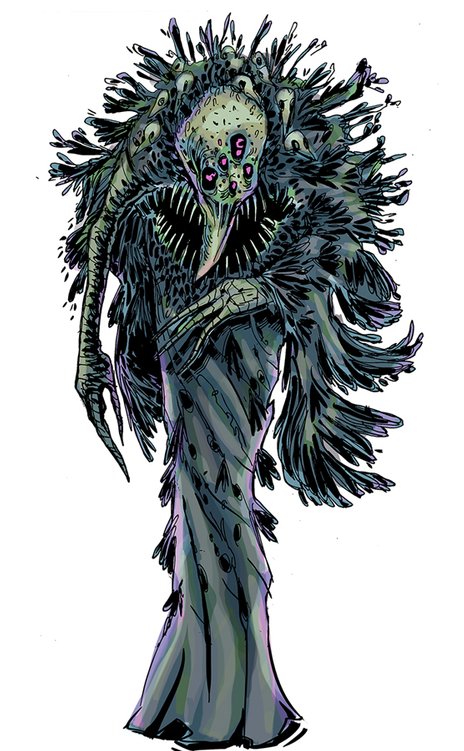